Yesterday’s New York Daily News published an article indicating that 28% of wives out-earn their husbands according to an analysis of Census Bureau data by USA Today.  The article goes on to state that, despite these advances, women still lag men in the highest levels of their chosen fields 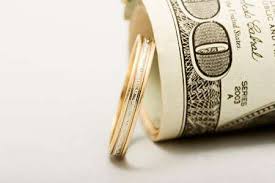 Given the reality of many women earning more than their husbands, the logical corollary is that many more women will have to pay alimony to their husbands.  Makes sense right?  As we know, the New Jersey alimony statute is gender neutral as is the case law that interprets the statute.

But how does the woman, who for the first time hears that she may have to pay alimony react to that news and how does a man’s request for alimony play in the court of public opinion?  Usually, not well.  Despite the desire for gender equality and the law being gender neutral, many people still believe in the notion that only women get custody and only women get alimony.  In fact, some of my most difficult cases have been cases where the husband has made a claim for alimony.  These cases were not close calls either.  These were cases where if the parties were reversed, it was a no-brainer, slam dunk, unquestionable alimony case.   This even happens in cases where the husband was a stay at home parent.

A frequent refrain heard in these cases, usually by the wife who doesn’t want to pay or her family and friends is "what kind of man seeks alimony."  Do you ever hear similar insults when a woman is seeking alimony?  I haven’t.

This news story highlights that as women continue to out earn their husband’s and traditional gender roles become old news, that more and more women will be called upon to pay alimony, barbs aside.

Eric Solotoff is the editor of the New Jersey Family Legal Blog and the Co-Chair of the Family Law Practice Group of Fox Rothschild LLP. Certified by the Supreme Court of New Jersey as a Matrimonial Lawyer and a Fellow of the American Academy of Matrimonial Attorneys, Eric practices in Fox Rothschild’s Roseland, New Jersey office though he practices throughout New Jersey. You can reach Eric at (973)994-7501, or esolotoff@foxrothschild.com .