In 2012, I blogged on the reported Clark v. Clark decision, in a post entitled, “Finally A Case On”Egregious Fault As It Relates to an Award of Alimony.” 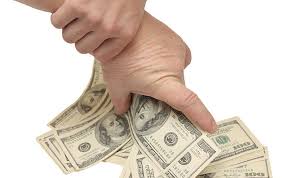 In this case, the husband proved that the wife secreted $345,690 from their closely held business during their marriage. He argued that this should have prevented any alimony altogether. The trial judge disagreed but did order the wife to repay half the amount taken, in satisfaction of plaintiff’s equitable distribution interest. He appealed and the Appellate Division reversed the alimony provision of the final judgment of divorce, concluding the facts supported a finding defendant engaged in conduct rising to the level of egregious fault. In reaching its decision, the Appellate Division stated:

… Nevertheless, defendant’s conduct transcends mere “economic impact,” as she not only betrayed the sanctity of the marital vows of trust, but also kicked their economic security in the teeth by secretly draining cash from the pharmacy. Defendant conceived and carried out a long-term scheme to embezzle the cash receipts from Grayrock, which deprived plaintiff of the immediate fruits of his daily labors and impinged on the viability of the joint business asset and the family’s future security. We determine her actions smack of criminality and demonstrate a willful and serious violation of societal norms.

The court noted that it was, “…  free to consider whether extraordinary, flagrant, economic misconduct during the marriage may rise to the level of egregious fault resulting in divorce and warranting denial of an otherwise valid claim for alimony.” The court further noted that excessive spending, waste of marital assets, or other acts of bad judgment was not “egregious fault.” However, the court held:

However, when marital misconduct, even though economically based, evinces significant, willful wrongdoing, designed to fraudulently and purposefully deprive one’s spouse of the economic benefits of the marital partnership, the acts transcend fault affecting the economic status quo, and in fact “violate[] societal norms,” id. at 73, and equate to “egregious fault.” In analyzing such instances, trial courts must consider the totality of the facts and circumstances presented and determine whether the conduct warrants severing all economic bonds between the parties by precluding an alimony award.

So the case was sent back to the trial court with specific instructions.  On the remand, the trial court did not alter the alimony award, at all.  Rather, the amended judgment simply provided it shall not become “payable” until defendant  “pays the judgment” entered against her in the final judgment of divorce for over $167,000, representing half the money she had embezzled over time from the marital business.  The amended judgment, did not alter the amount or duration of the weekly alimony owed by plaintiff, but, at the same time, lowered defendant’s child support payment to plaintiff to $108 per week to avoid rendering her “destitute” and to “honor[] that fact that []defendant has needs [and] made contributions to the marriage.”  The rationale was as follows”

However, the judge concluded that defendant’s significant and secret thefts “still [did not] obviate alimony in this case.” He concluded “that alimony [was] still payable because the defendant’s conduct [only] occurred for 43 out of the 299 months that the parties were married.” He explained that “defendant ha[d] been economically dependent on the plaintiff for a substantial period of time” and that “defendant made contributions as a business partner . . . and as a homemaker.”

The plaintiff appealled and the Appellate Division reversed and remanded the matter, with the same instructions, once again.  In doing so, the Court held:

Initially, we observe that our prior remand was not unrestricted. Rather, we explicitly instructed the trial judge as follows: to determine if egregious fault was demonstrated; and, if so, the judge must consider whether the egregious conduct obviated alimony entirely; and finally, if alimony was still warranted, the judge must assess the impact of defendant’s conduct prior to fixing an amount. Clark, supra, 429 N.J. Super. at 77.

On remand, however, the judge did not reduce the alimony award in light of defendant’s egregious misconduct but, simply deferred the alimony payments despite his determination that defendant’s conduct amounted to egregious fault. Then, he adjusted defendant’s child support obligation to compensate her for the deferral of alimony caused by her misconduct. While we respect the judge’s thoughtful response to the remand, we part company with him on the relief he ordered.

Our Supreme Court has held that generally “marital fault is irrelevant” to determinations of alimony. Mani, supra, 183 N.J. at 72. However, the Court recognized two “narrow” exceptions: (1) “cases in which the fault has affected the parties’ economic life” ibid. and (2) “cases in which the fault so violates societal norms that continuing the economic bonds between the parties would confound notions of simple justice.” Ibid. The first exception “may be considered in the calculation of alimony” ibid. and the second exception may be considered “in connection with the initial determination of whether alimony should be allowed at all.” Ibid. Both exceptions apply here.

Moreover, the court noted that the reduction in child support impermissibly deprived the children of the required support.

As such, the Appellate Division restated its instructions from the prior opinion and remanded the matter to the Family Part to consider whether defendant is entitled to any alimony at all, and if so, what the appropriate reduction in alimony should be in light of defendant’s egregious conduct.