Back in the day, depositions could be wild shootouts, with numerous objections and arguments littering the record.  Many years ago, New Jersey, as did many other jurisdictions amended the court rules to limit the games and objections at a deposition.  Now, you really cannot object, at all, other than for form and privilege.  In fact, though sometimes you would hardly know it, the rule specifically states, as follows:

Seems straight forward enough but sometimes, you would think that many attorneys just don’t know the rules, or feel that they have to protect their clients notwithstanding the rules.  For this reason, when I am taking a deposition, I always bring a copy of the Court Rules, marked to the page of this rule, for quick reference and to read into the record, if needed. 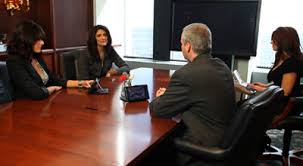 Generally, I find that there are three types of adversaries when taking a deposition.  The first is the pro that generally honors the rule and lets the deposition proceed in an orderly fashion.  When you get to the good parts, she/he may come alive, generally, to object to the form of the question, such that, even if potentially damaging, the answer is not damaging because the question is defective or misleading in some way.  Here, you know you are getting to the good stuff when these exchanges start happening.

The second type generally objects to allows the deposition to go on reasonably unobstructed, until you get to a problem area or critical issue, and then they pipe to try to protect the client from themselves.  This is inappropriate but you have to stay diligent to get the question answered, finally, without interruption.  When this lawyer wakes up, you know you are on to something important.

The third type is the lawyer who acts as if there are no rules and/or they don’t know the rules.  They make improper objections throughout the depositions,- not form or privilege – but inappropriate things like relevance and the like.  They make speaking objections suggesting the answers to the questions in their objection and/or otherwise obstruct the process.  The person taking the deposition should be quick to stop this, threatening to call the judge and/or stop the deposition to make a sanctions motion if this conduct continues and gets out of hand.  Usually, that will eventually stop the nonsense.

Early on in your deposition, you will be able to size up the adversary.  When you do, you must be prepared to respond accordingly.