This probably happens all to often or at least, more often then we want to believe.  In most cases, since you have said you have entered into the agreement free from duress, etc., you will have a hard time getting out of the agreement at the time of divorce. 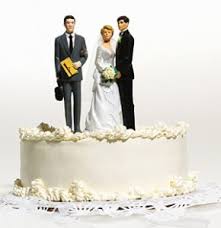 But alas, comes the Petraikis case out of New York discussed in yesterday’s New York Post.  In this case, Elizabeth argued that Peter coerced her signature, threatening to call off the wedding even though her father had already paid $40,000 for the reception.  She also claimed that he told her that he would rip up the agreement as soon as they had children.  The trial court set aside the prenup on the basis that Peter fraudulently induced Elizabeth to sign it.  The Appellate Court upheld this decision.

In New York, prenups are usually particularly hard to overturn so many deem this to be a landmark decision.  The take away here is that despite the recitations in the agreement, the door is open to try to prove contrary behavior and/or that there were additional promises outside of the agreement.  One wonders whether a video taped signing with the usual questions that the agreement was voluntarily being entered into would have saved the agreement.  That said, for the proponent of the agreement, you need to be really careful about what you say to induce the other side to sign an agreement and what pressure is put on to get an agreement signed.