How often are you in negotiation of the final points of a divorce agreement and you come to a sticky point where neither side is either willing to give nor or they willing to try the case.  What do you do?  If it is a present issue, you really have to bite the bullet and find a way to work it out.  But what if it is a future issue?  What you should do is specifically frame the issue, frame what the positions are (if possible), state what will be addressed by the court at that time and also state what legal standard is going to apply.  If you are going to be applying the law at that time, you should say that.  If you are going to be doing away with some thresholds or pre-requisites, say that.  If you are going to be disregarding provisions of a statute that might preclude the relief that you are agreeing to address in the future, you should say that too. 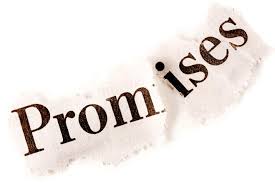 A glaring example of that last point was on display in the case of Jones v. Jones, an unreported (non-precedential) Appellate Division decision released on June 17, 2013.  In this case, the denial of the ex-wife’s motion to extend limited duration alimony was affirmed by the Appellate Division.

At the time of the parties’ divorce, the parties agree that the alimony would be for 9 years but that the Wife could make a Lepis or Crews application at the end of 9 years?  What does that mean?  What was really intended?  Reference to a Lepis application is seemingly a “change of circumstances” application.  A Crews application would suggest some kind of motion related to marital lifestyle. But prior to 9 years, could she not make such application?  Prior to that, was the husband precluded from seeking a reduction based upon changed circumstances?   Did the parties really mean that she could seek to extend alimony after 9 years without meeting the unusual circumstances standard in the alimony statute (which provides that generally, limited duration alimony cannot be extended absent a showing of unusual circumstances.)  Exceptional circumstances does not appear to be either changed circumstances nor anything having to do with the ability to pay the marital lifestyle.  Again, what was the true intent here.

Some indication of what could have happened is that, in support of her motion, the wife sought to convert the alimony to permanent alimony because it was a long marriage.  Aha.  Maybe at the time of the divorce, they couldn’t agree if it was permanent or not and punted it down the road?  Who knows? That argument, however, is an odd argument to make now given the language in the statute and the agreement.  She also argued change of circumstances, though that argument was also rejected.

The Wife filed a motion for reconsideration supported with a Certification by her divorce attorney who certified that permanent alimony was a contentious issue, that trial was fast approaching and they entered a deal that would allow her to come back if she didn’t ever get the employment or training that would allow her to support herself in the manner enjoyed during the marriage.  Of course, the Husband’s divorce attorneys said the opposite and in addition, that the disputed language was superfluous because it did not give her anything more than the law would give her.  That is really not plausible, because why include it plus, the law would not say when she could make a Lepis or Crews motion.  In any event, the motion for reconsideration was denied too – and this part of the argument was rejected, not becaues it was a disputed issue of fact, but because she could have but did not raise it in her initial motion.  The appellate division further noted that there was an integration clause in the agreement, essentially that here were no side agreements not contained in the agreement and that the plain meaning of the language was clear and thus, there was no need for a hearing on what the intent was.

What is the take away here?  If the intent is really to preserve something more than is provided by the law, make sure the agreement clearly spells this out or risk a result like the one in this case.